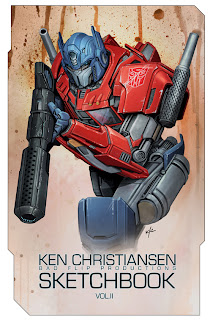 Emerald City Comic Con is next weekend, and I'll be there!  Adi Granov, AKA Terror, the Iron King, Leader of Men, has invited me to sit at his table with he and his lovely wife, Miss Tamsin.  We will be sitting at Table L-12, Friday through Sunday.  So come on by if you're at the Con!

I'll have plenty of stuff for sale, the above image is the cover to the new sketchbook, 20 pages, and some leftover vol. 1 will also be available - for a mere $15 each.  Here's some preview images of what you'll find in there... 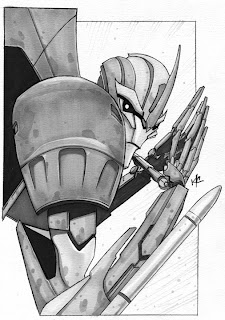 TF Prime Screamer - one of my favorite Jose Lopez designs, and... 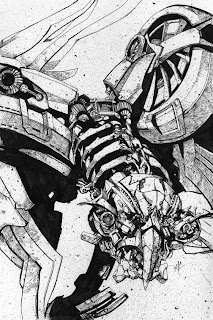 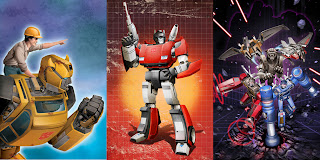 These will run you just $20 each, full color glossy 11x17" - and I'll have some of the Marvel images available as well, Predator, etc.  Lots of original art will also be available, most of the sketchbook images, among other things - you'll just have to stop by to see what I have!  I'll also be doing head/bust sketches in the front cover of the sketchbook, for an additional $10, for anyone interested.

I don't know exactly what Adi will have on hand - hopefully some copies of his outstanding sketchbook, and some original artwork - but do yourself a favor, and stop by to see him, and his work.  You will NOT be disappointed.

I can't wait to hang out with my friend Adi, and B.S. for days straight, it'll be just like old times in the concept art room at Nintendo, where we first met, way back in the last century...
Posted by Ken Christiansen at 10:11 AM No comments: 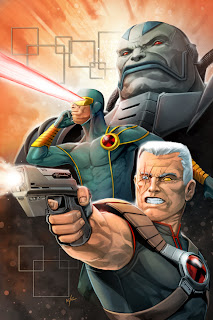 OK, here's the redo, again the original drawing, I had liked a lot, but the final left a lot to be desired, mainly in the rendering of Apocalypse, and overall color.

I stripped it back to the drawing, and the color comp, and started over digitally.  I'm much happier with this one...
Posted by Ken Christiansen at 8:49 AM No comments: 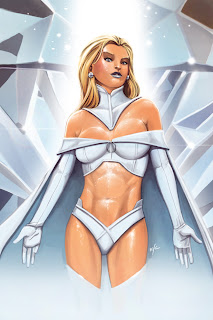 I'm sure you'll agree, this one is the way to go, rather than the original version.  It is from the same drawing, however, and I did think it would be a cool image, but the scale I worked at in the painting, transfer, etc. just wasn't conducive to pulling it off in the way intended, from the color comp.

Working on redoing the Apocalypse/Summers image right now, it's also coming along nicely...
Posted by Ken Christiansen at 10:11 AM No comments: 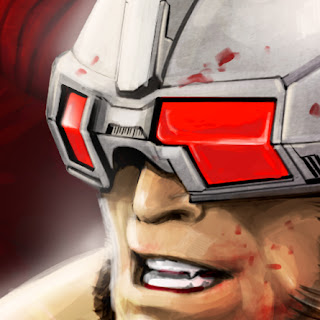 Weapon X, a major evolution in the character development of Wolverine.  Love it.  I wanted to take a crack at that weird helmet, and do a new/old design for it.  I also didn't want to limit myself to one portrayal of Wolverine, and also wanted to take the opportunity to challenge myself, in my digital work.  I do very involved compositions for my epic series of paintings, but haven't done that digitally since the Transformers : Continuum cover from 2009.  So here we go... 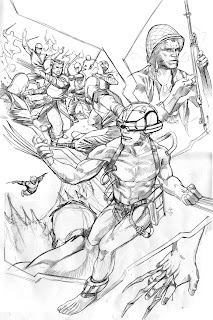 The thought process for this image started with that little sketch of 1st appearance of Wolverine leaping in the air towards the Hulk.  Then came the pose for Weapon X, and the others followed soon after that, after I broke the story behind the image, to feature moments in the long history of Wolverine. 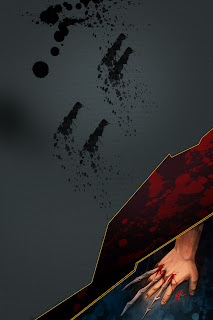 This image was to complicated to keep up with the work in progress images, so I'll just dole these out and describe what each segment features.  This is the young James (pre-Logan name) discovering his claws at an early age.  He originally had bone claws, before the Weapon X program coated his skeleton with adamantium.  "'Does it hurt when they come out?'  'Every time.'"

Also shown is the background segment for Weapon X, and the finished background, with spatter texture in what will be visible spaces, and a ghosting of the Weapon X logo. 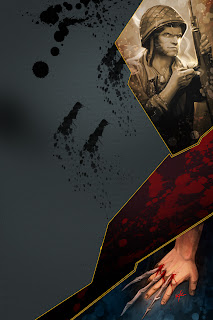 Next is a WWII era Loga, depicted with a sepia tone photo texture.  There's a bit of an easter egg for fans, with a bullet hole in his helmet, along with his signature cigar. 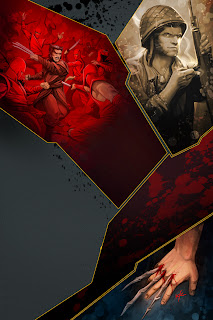 The ninja days.  Wolverine cutting through a swath of attackers, taking damage and immediately healing along the way. 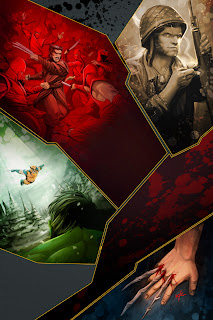 Wolverine vs. Hulk - first appearance.  He's pretty small in this image, but I think I managed to get all the details of the kitty suit in there.  I was a little reluctant to put that much of the Hulk in the frame, but it anchored the color theme in green, working better on a technical scale. 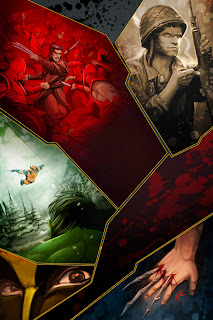 Just a glimpse of the modern era Wolverine, I wanted this to be about Weapon X, and flashing on his history, so I didn't want to get two yellow suits going, along with the X-Men color theme of yellow and blue, so just the crazy eyes. 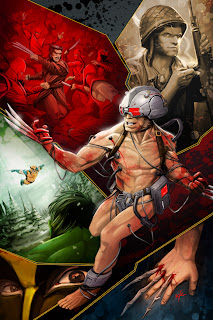 And now the final piece to the puzzle.  Weapon X has awakened, torn himself free from the experiment, and forges a bloody trail to freedom.

I really like this one, but it's so colorful and detail orientated, I worry that it may not read well enough visually..  I got some great advice from some friends to help me tweak it, but it finally came time to call it done.

Next up, I'm going to revisit a couple of paintings that didn't come out well enough in the end, but I really like the drawings, so I'm redoing them digitally:  The White Queen, Emma Frost, and the Apocalypse/Summers images from last fall.
Posted by Ken Christiansen at 9:02 AM No comments: 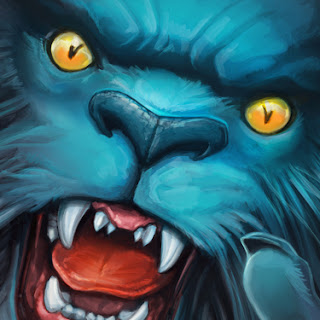 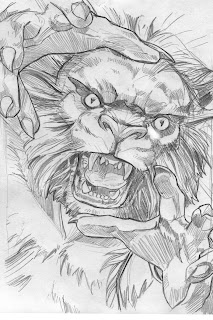 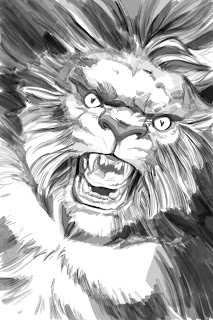 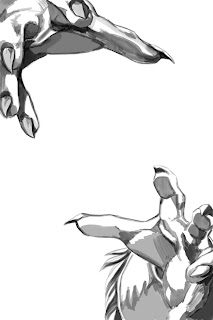 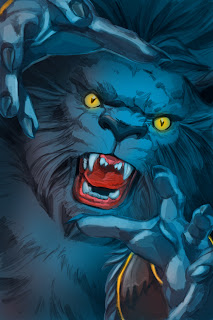 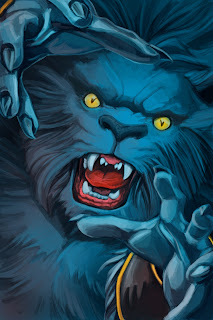 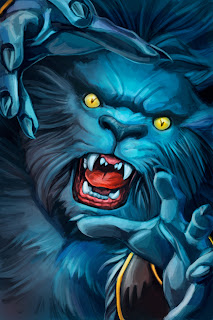 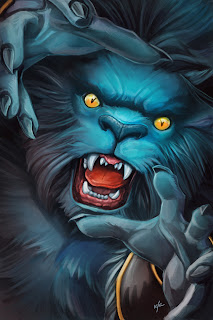 Final!  And I'm really happy with it too, for once...
Posted by Ken Christiansen at 8:50 AM No comments: 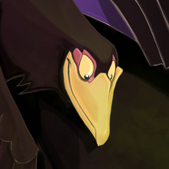 This is a rough render, keeping in with the Sleeping Beauty theme for the week.  This is a render test of sorts, for the final painting.  And although it's a digital version, the crossover of my digital and traditional work is getting tighter and tighter, so it shouldn't be a problem when I get going on the full size painting.  I wanted to get an idea on how I wanted to approach giving form to what is portrayed as a flat color image.  The final needs to have a lot more depth than even the film.  And while that's not a new concept in this day and age to portray a feature animation like that, but it's really not something I've attempted before.  All right, let's get to it... 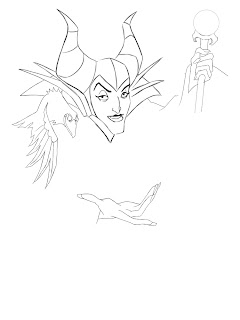 So here's the pencil, done before the overall image, with the idea that it might fit into what I had in mind; it didn't work out., but I did use the crow and scepter.  OK, pencils, that's the easy part, now on to the render. 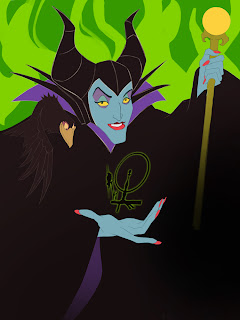 Starting off with the flat color fill - I have my base colors set, time to begin the painting aspects up. 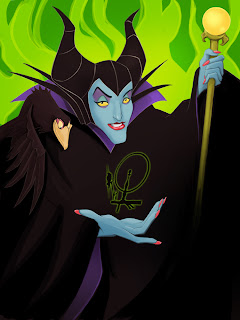 Initial render pass, with the secondary and tertiary color passes. 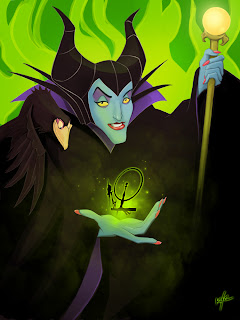 One more render pass, then shadows and highlights.

I think I have the hang of it for the real painting.  And I think with the textures and the media mix will really make this a cool piece, something that will take it past what I can do with a quick digital image.
Posted by Ken Christiansen at 8:44 AM No comments: