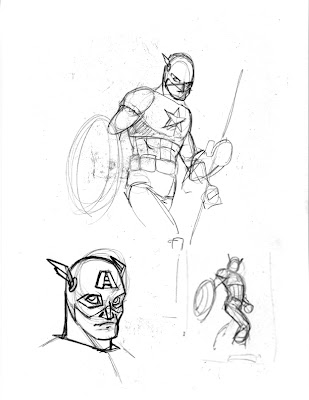 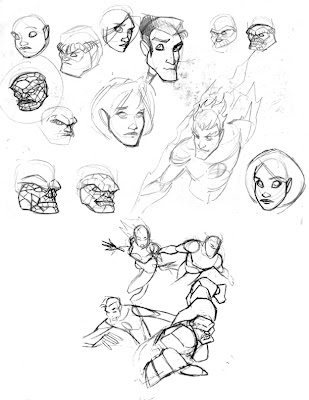 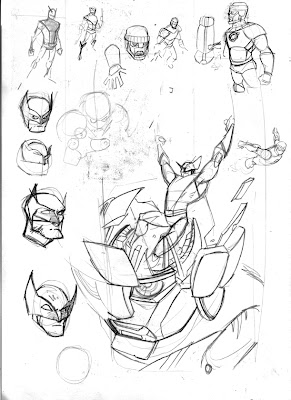 So, I ran out of ideas on my to do list; I did them all. So, I gonna start with that Hellboy, which is actually the last on the list. So I made a new list! Here's a few scans from my sketchbook, Cap in a gladiator pose, shield and flag pole, which I'll try to convey as a spear. Group shot of the Fantastic Four, and Wolverine bursting out of the head of a Sentinel. You can see how crappily drawn they all start out!

While I'm at it, I'll start doing some DC characters as well. I have a three page Robin sequence that I'll reimagine in the animated style, probably do a Superman, and I'll find some other weird character, Lobo maybe.

All that being said, I'm leaving for 10 days, to hang out with my BFF and our wives in Europe. So I have about 20 hours of flight time to doodle these all up in my sketchbook. So I should have character designs and layouts locked in when I get back. And wie, probably an Eiffel Tower drawing as well.
Posted by Ken Christiansen at 3:47 PM