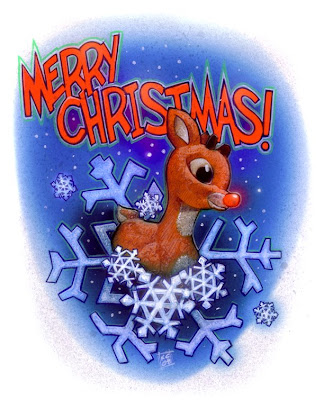 I hate to be one of those bloggers who just disappear, but man...I got overwhelmed with juggling projects, general end-of-the-year stuff, trying to get everybody's presents, and get ready for vacation, which I am now officially on!

At least I left something cool up on the post for awhile...over on Siebertron.com they now have a video of that little guy transforming, and his name (thank the stars of Cybertron!) may NOT be Dirt Boss, but Scrapper - way cooler.

I got called back onto the TF2 game, doing something so cool that it kills me I have to wait until May to show the stuff I'm working on. I'll just say TF fans are going to be happy! But that means I'll be working all kinds of overtime, so posting might be spotty in January, expect a lot of sketchbook art and...gulp...Hannah Montana art. Ahem.

Merry Christmas and Happy Holidays, everyone!
Posted by Ken Christiansen at 11:18 AM