I've been on a He-Man kick recently, getting some of those new figures from Matty.com, (all apologies to my friends and lovers at Hasbro!) and going to that gallery show - I decided to do my own, after being inspired by all of those wonderful pieces. 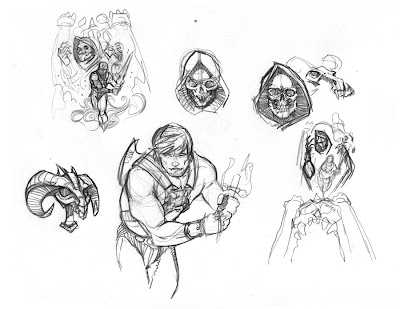 It is a smaller canvas, so I kept it to just He-Man, Skeletor, and the Castle Grayskull in the background, I tried to find a series of poses that would fit together into a good composition. 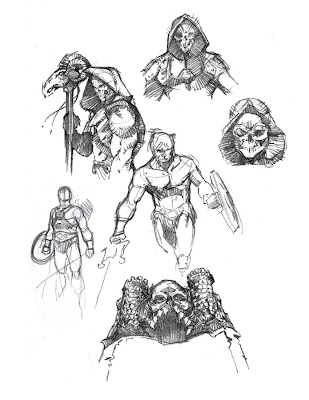 I also needed to draw the castle separately, to comp it back behind the figures. The other poses were cool, but I think I already found the composition in those very rough thumbnails. 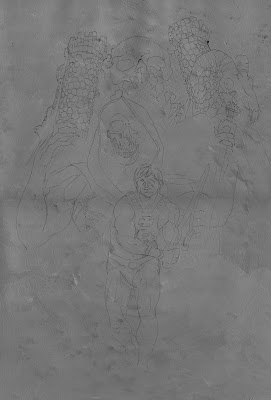 And on to the canvas - back to hot press paper with gesso! - with the final composition and costumes. I went with a ram's skull, instead the more representational version I had sketched out, but I think that's the only new addition to the culmination of the sketches into the final.


Posted by Ken Christiansen at 8:20 AM

You should think about putting together a book of all your sketches, I personally love the idea stage. Great thumbnails.