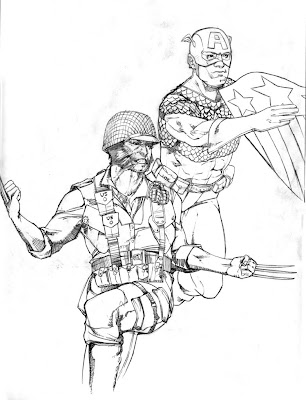 I wanted to get back to Cap, and put him in an action pose...I've been watching the reruns of Band of Brothers, so I decided to do a WWII version. I love the idea of Wolverine fighting in WWII as well, and that possibly being the first meeting of the two (or maybe that's canon now?) 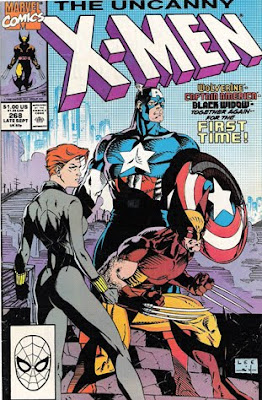 I know the image I created is probably a mess of continuity, so I'll try to make the claws look bone-y, rather than metal...but that's about as much effort as I'll put in it, I just want it to look cool...my Anonymous Poster friend can roll his eyes at my commitment to continuity. *wink*
Posted by Ken Christiansen at 8:44 AM