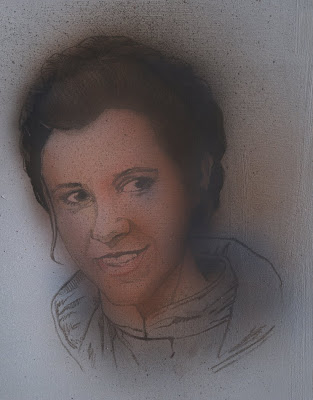 With the drawing set, I went ahead and broke out the colors. I was really happy with how the under drawing with the colored pencils blended with the paint, but I could tell already that the prime gray was about 15-20% too dark... 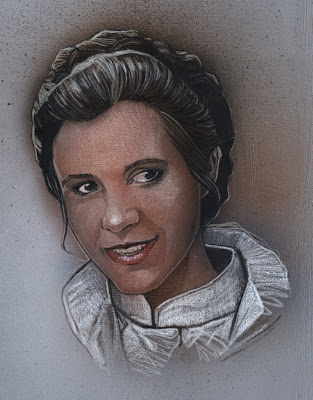 ...so when it came time to start the pencil work, I thought that it may be a problem with muddying up the highlights, just trying to get the contrast up to a certain level. And it did happen in certain areas, notably in the right forehead and cheek area. 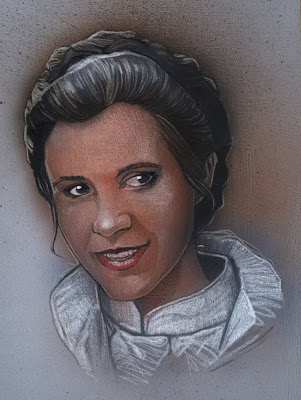 Here's the final, with some airbrushing of white and black to push the contrast a bit more, and some touches of white in the eyes and hair.

Overall I give it a B, the too-dark prime was obviously a big problem for the color rendering, and the hair looks less than it did in the b/w pencil drawing. At 5x7", it's just OK as a stand alone, but probably in a group portrait, it might come across better? And I managed to maintain a pretty good likeness of Fisher/Organa from beginning to end.

But I confirmed some suspicions about the pencil rendering before paint, so lesson learned, and it's something I'll continue to do as I move forward.
Posted by Ken Christiansen at 8:22 AM