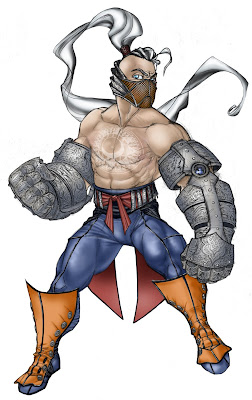 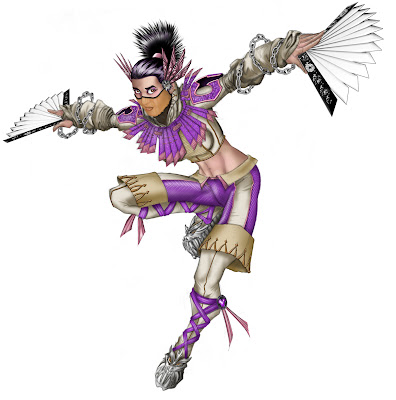 So those first two images took forever, I needed to pick up the pace and not spend so much time on a pitch. That whole Pirates pitch took about three weeks to put together, 2-3 weeks on two images is ridiculous, even though it was mostly on my own time.

So here is Donald and Daisy.

A great darkness had swept over the land. Evil began to run rampant all over the kingdom’s countryside, manifesting itself into a great demon. Seven warriors were selected from each of the kingdoms townships to face the demon, and attempt to defeat it. Empowered by emblems of virtue, they were each given a token to increase their chances to survive the assault on the demon.

After a long and perilous battle, the demon was finally destroyed, its evil dissipated leaving an empty shell that soon began to rot away. The warriors were hailed as saviors, and were selected to be the police force of the kingdom, driving away the remnants of the evil in its simple forms. Time passed, and the need for the warriors, now named as the Guardians, was coming to an end. The kingdom was at peace, and the Guardians, by the aid of their tokens, had lived long past their years. The warriors decided to leave one behind, to protect the innocent, and alert the spirits of the others if the need arose. A watchful protector, sworn to live amongst the mortals in anonymity, kept his token, and took the tokens of the others for safekeeping. Every century, a different Guardian would come forth to serve time as the lone protector.

The centuries passed, the Guardians, became forgotten history; The statues that stood for so many years were considered decoration as a representation of their cities, not for what they truly were; a vessel from which the individual Guardian could be summoned, if need be. In the seventh century since the Guardians had left the kingdom, the Guardian whose turn it is to serve as the lone protector has long passed, for he is flawed in one small way, because of this, he fails to see that an enemy thought long gone, has rekindled itself like the flicker of the smallest flame…