From the White Mansion, I went to the barge and torture room levels. The torture room was pretty bare bones, but a major scene from Casino Royale, so I had plenty of reference. I mostly redressed the scene, and focused the lighting for gameplay. 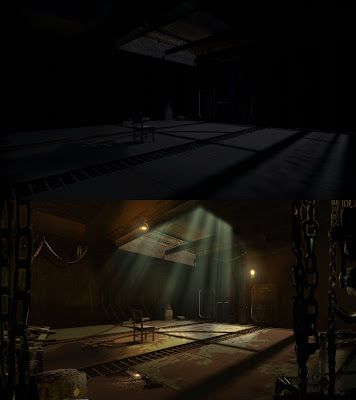 The barge scene was a sniper element to the game, so the job here was to leave lots of dark spaces to hide targets, and again focus the lighting on the barge. Also I was asked to punch of the surroundings and create the overall look.

After I submitted the first pass, the AD and Game Designer asked me to do an alternate color of the lights on deck, and take off the walkway lights and insert targets with flashlights to provide the alternate lighting cues. 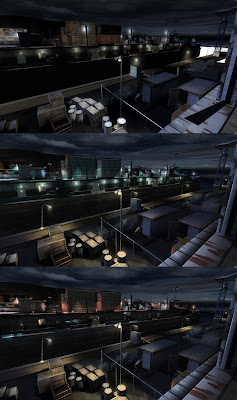 After the difficulties I had with the White Mansion, it was a bit of relief to do something a bit easier, focusing more on tweaking than creating.
Posted by Ken Christiansen at 9:18 AM