...or Heads Up Display, what you call all the little meters and info boxes that occur onscreen while playing the game. I was asked to take a crack at helping out TT with their graphics, in game, and also the front end menu screens. 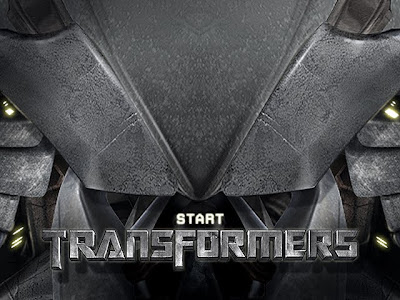 So I went with a metal theme. I took textures and elements from the movie Megatron model to create this start screen. After you hit START, that large piece would retract up and back, and other pieces would move to reveal a selection screen, Resume Game, Options, Sound, etc... 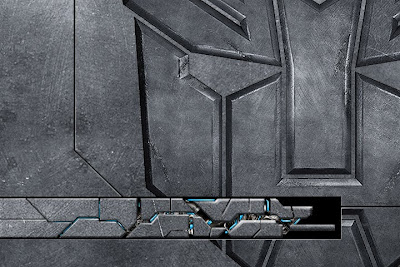 This was an attempt to make a cool load bar, it would create itself as it loaded up like the logo transformations in the main titles of the movies, and when it reached the end, the eyes would light up in a quasi-charge. They bitched out, after they requested that I keep in a square, they thought it would be too hard, pull too many assets to work on it. 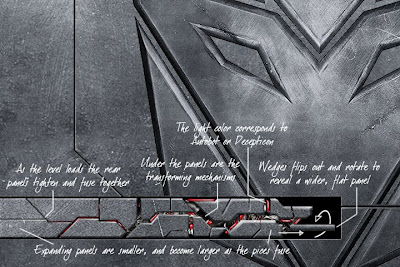 I also did a Decepticon version for the Faction track you choose at the beginning of the game. 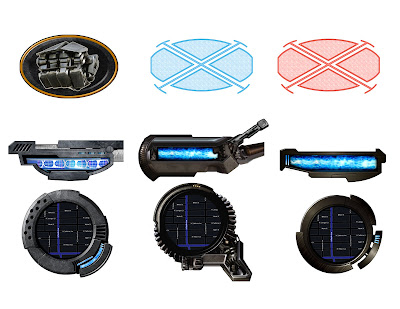 Here's some tests for in-game stuff - the one in the middle was created from Bumblebee model elements and textures, and that was the one that was chosen. 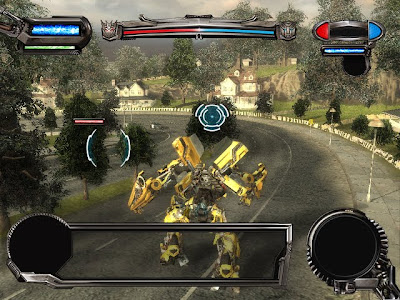 So I built out all the elements that would need to be visible onscreen during the game. Map, Dialog Box, Heath, Turbo, and that weird good/bad bonus system that still doesn't make much sense to me, some sort of achievement calculator. 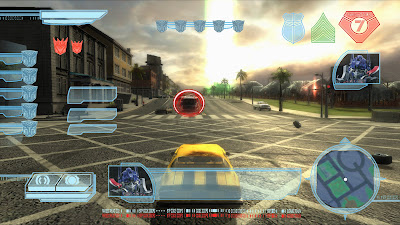 After they tested it in the game, they thought it to be too heavy handed, and we switched gears and went very graphic. So this is the Master Screen mock-up, all the elements displayed at once; I did versions in Autobot Blue, and Decepticon Red. 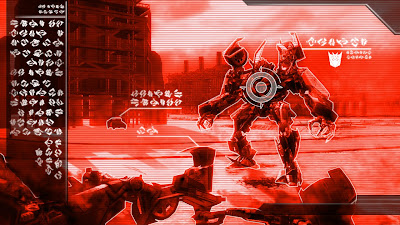 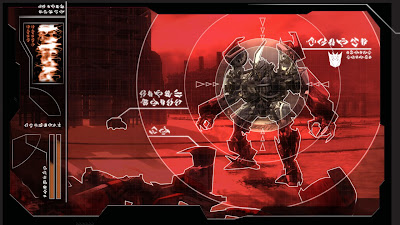 These two shots were called Target Vision, some sort of Target retail promotion, I did the first one, while another artist created another version - then I was asked to combine the two versions into the final, this last frame. It came out pretty cool, and also incorporated the Target logo and color scheme.
Posted by Ken Christiansen at 8:03 AM

Mr. Ken, I have a question: What program do you use to make those HUDs designs ?

I only know how to use photoshop for doing art on the computer...;)

Photoshop ? Oh well, thanks for the answer :) Actually I really want to learn how to make such cool HUDs ;)