It's just TWO WEEKS away!

And again this year, I'll be appearing in the Artists Alley during the convention. 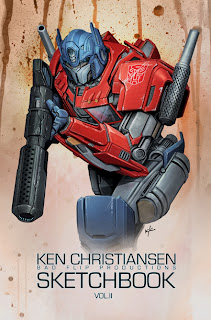 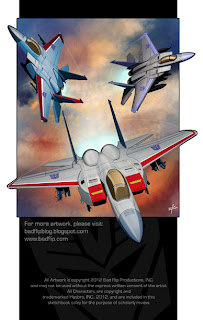 I'll have plenty of stuff for sale, the above image is the cover, and back cover  to the new sketchbook, 20 pages, and some leftover vol. 1 will also be available - for a mere $15 each.  Here's some preview images of what you'll find in there... 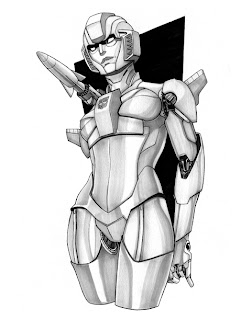 Lady Mirage, a female version of the classic G1 character. 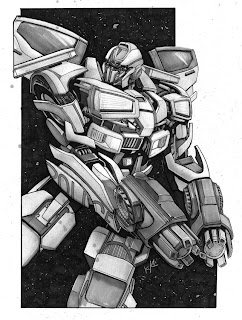 The Protectobot Scout, a character I designed from the Revenge of the Fallen game. 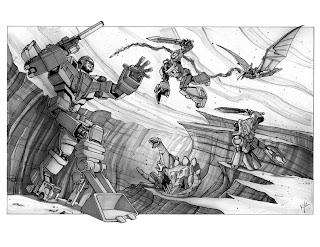 And the centerfold page, Devastator VS the Dinobots!


I'll also be doing head/bust quick sketches in the front cover of the sketchbook, for an additional $10, for anyone interested. 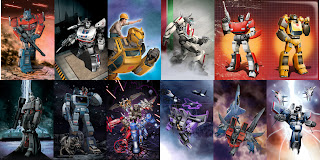 These will run you just $20 each, full color glossy 11x17" - by far I will have mostly Transformers images, (and even a few more than even what's shown above) but I'll have some of the Marvel images available as well, Predator, etc.  Lots of original art will also be available, most of the sketchbook images, among other things - you'll just have to stop by to see what I have!

Also, I'll be taking commissions at the con, but I can also take some preorders,  that you can pick up at the con, contact me for more details at ken@badflip.com.  It's $70 for a 9x12" B/W marker sketch, a single (existing, no new concepts) character, usually waist up.  Here's a great example of one that's going to be picked up at the con: 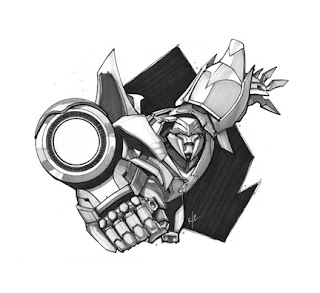 All right, that's about every last thing I can think of, hope to see you there!

Sidenote - I'm pretty excited.  I'm turning it into a bit of an adventure, driving Route 66, from LA to Dallas.  And on the way home, along the border, taking the 10, through Tombstone, AZ.  That's right, I'm going to the OK Corral.
Posted by Ken Christiansen at 9:07 AM

I wont be able to attend. Is there any way I can order both volumes of sketchbooks and have them mailed to me?

Sure! Send me your request and mailing info to ken@badflip.com, and we can take it from there.

Oh Protectobot scout, why did they never make a figure from your terrific design?

The same could be said for all your Bot and Con troopers designed for the the RotF game. At least we got some out of the 07 movie line. Still love having the Swindle drone in plastic form to this day.

Haha, thanks Dr Syn. I think Hasbro had the line better thought out than they did for the first movie, and were prepared to have more characters ready. We assumed that the game characters were to be included, but it didn't turn out that way, after all. I was very surprised to see the forklift drone sneak into the ROTF line though.