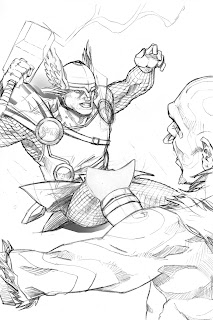 Versus a Frost Giant, no less.  I wanted to do another Thor, but this series of images called for an action scene, and since I had done Thor before, he got the call, in an effort to change it up a bit.  Above, the pencils. 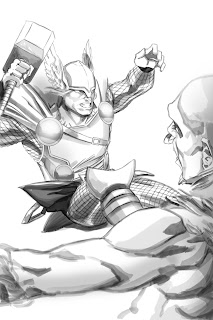 And this step has essentially become Clean Up and Tone, prep for introducing color to the image. 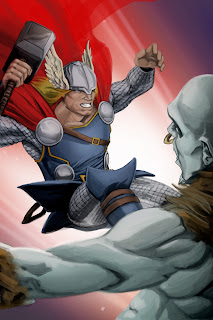 Here I lay in the flat colors, setting the initial palette. 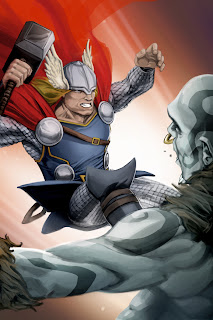 Thus begins the tone variations, with light and shadow colors being introduced. 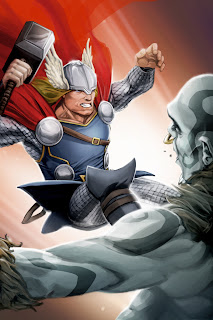 Further details and color adjustments, working the image towards the final. 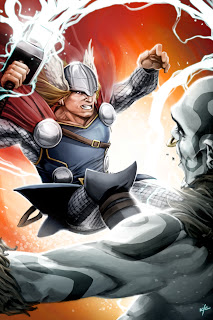 Final details are painted in, along with lightning effects and highlights, and further color blending and adjustments, until I guess it's done!  Thor drop-kicking a Frost Giant.  I wanted to see it, and now I have.


OK, BotCon 2012 is right around the corner, so from here on out, expect a lot of Transformers stuff...!
Posted by Ken Christiansen at 8:23 AM