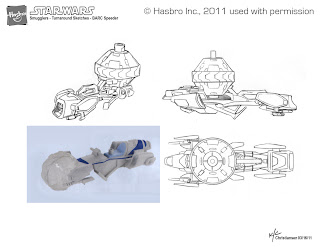 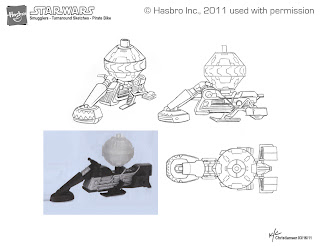 Clone Wars themed bikes.  I really like the original design of the BARC Speeder, it's a cool take on the future's past Jedi Speeder Bike, I really like the F1 style intake in the nose.  But that's gone on this toy.  Oh well.  All I did, as with all these ships, is shrink it down and cute-ify it.  I define the overall new shape, but the end goal is to fit in as much source material detail in as possible.  All the panels and vents, etc. have to try to find space on the new version of the model.

And then I did a version of Cad Bane's bike.  Moving on... 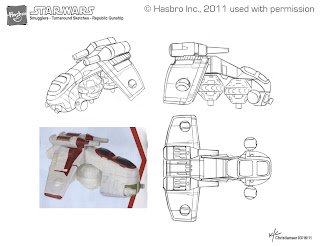 Republic Gunship - I think I did a few sketches trying to figure out the Pod placement.  Eventually Eric just said, "chop out the bottom, and I think we can fit two in that way."  And for kids, two is better than one.  Another notable development aspect is the forward gun pods, obviously deleted for the actual toy.  I want to say this was drawn out in design while they were still doing breadbox development on this size of vehicle, so I just added those in to see if could be achieved.  Apparently not, but in hindsight I think I should have done a take with embedded half globed, 25% larger, rather than something that looks like it could easily be broken off and eaten by a little brother or sister.  Fun to work on though, this is one of my favorite design from the prequels. 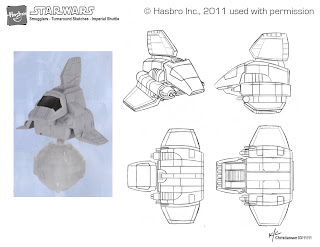 Imperial Shuttle - This is one of my all time favorite space ships.  It was such an epic toy when I was a kid.  Funny how in Jedi it barely does anything, not even fire off a laser blast.  But, everyone important to the saga flies in one, maybe that's it?

At this size, I try to get a little more of the cartoon-y look, really rounding off the edges.  It's a pretty fun toy, it's my new going-to-get-coffee-in-the-kitchen ship. 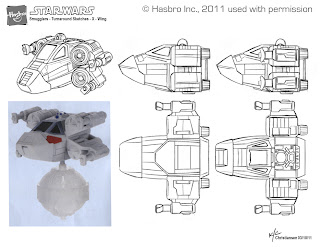 The X-Wing - Ah yes, another sci-fi icon.  I'm glad Eric had the wings spread out a little more than the final design.  A lot of these images become more about the details, and if it's something like a wing, or the turn of a head on a characters, it's more important to get the full range of views, rather that a series off center images - that makes it really tough for the modeler to find the right proportions for everything.  So the wings were drawn flat to show all the details, but also shown spread apart in attack position.  So if you sharp eyed viewers out there notice things like that, there's a reason more often that not.

All right, that ends this round of Star Wars Fighter Pod concept art reveals.  I'm sorry to say I missed a few designs to submit to legal (notably Grand Moff Tarkin!) in this round, but they'll be submitted when the next batch hits retail.  Of course Star Wars Celebration VI just happened, and Hasbro had more Pod reveals, so I'll give you a preview of some of the future product I've worked on... 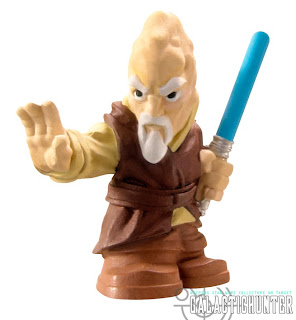 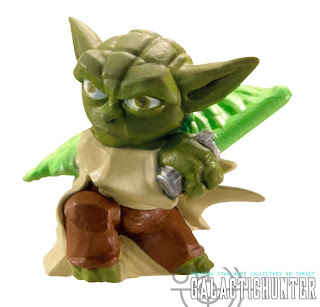 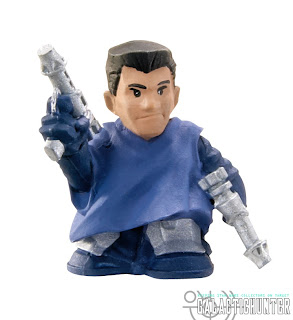 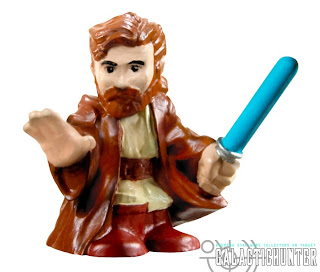 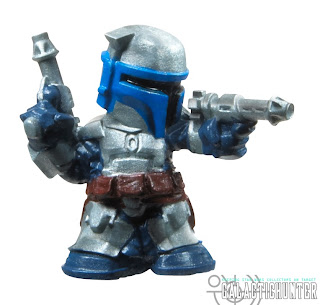 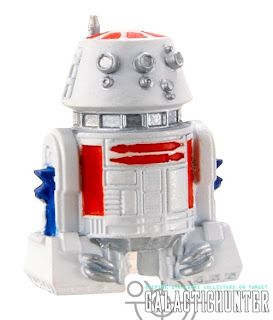 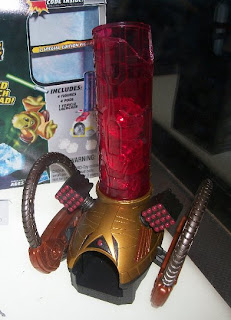 All photos are from Hasbro Brand Marketing and Galactic Hunter.

More Pod Posts can be found here, here, and even here!
Posted by Ken Christiansen at 10:05 AM