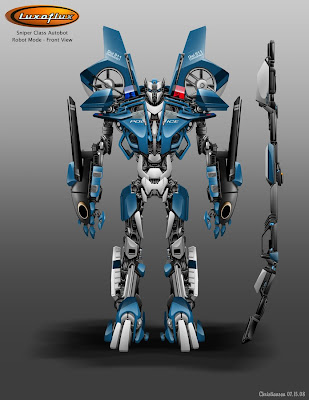 And so here is the final, after all the revisions and vehicle changes, he finally makes it to final. Hasbro requested the tail rotor be up on the shoulders, but I used the tail for the legs...so in the transformation, I actually have the tail come through the fuselage, and drop out of the bottom, leaving the rotor behind to fill the space left by the engine components that swing out to form the arms. Not too complicated is it?

The landing skids, plus a few additional elements, make up the rifle. 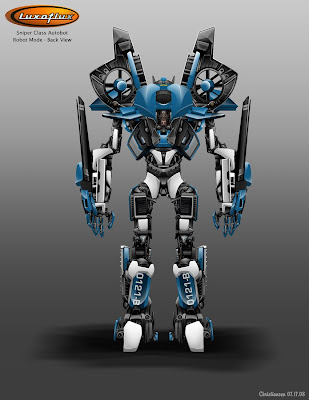 The back view isn't too hard to explain, these sniper class guys are so skinny, that pretty much every vehicle cue that's not used on the front, is on the back. So it makes it easier to figure out where the parts go. 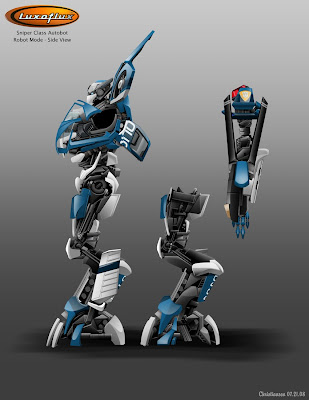 Again, feet are a little over-sized and clawed. Sigh. It's kind of the nature of the beast, when you have to reconcile approved front and back view. One cool thing to note, is that JT had me flip the doors back and down, originally I had them flared out and up, like the traditional way the cars have them, but this way is pretty cool too.
Posted by Ken Christiansen at 8:35 AM

Very nice! I think next year Im going to the San Diego Comic Con, I haven't been since High School