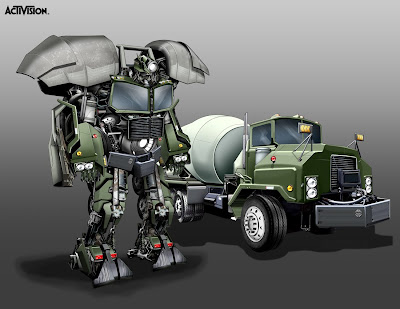 And the final art for the final transformer drone. I still like that it's an older truck, but I don't think it comes across in the bot - I still hadn't discovered the joys of texture layers in photoshop, nor really had a handle on painting in scrapes and scratches. And again the pose if pretty weak - you have to understand though, that some of that is attributed to the need to show as much as possible of every element, for the model builders to quickly create these characters based on the reference, and not have to spend too much time guessing what elements to create to fill in space, not shown in the concept art. Unfortunately, the guys at Traveler's took every pose to be the intended one, and and didn't add any character to it. I didn't communicate that it was the intention, and they didn't take advantage to add to the characters to make them better. 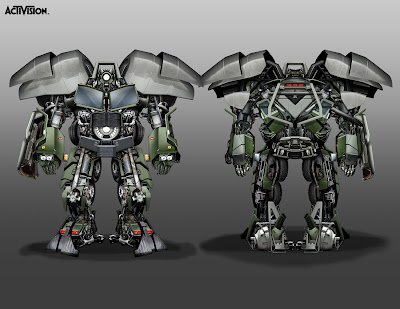 Too bad, because I still like the design of this guy, but again, re-proportioning and re-posing would have helped these characters a lot. Except for those shoulder pieces; I love the new movie Mixmaster, and they went all out with the reconfiguration of the cement drum - I wished I'd been able to get away with that! So I doubt that this guy will ever get a toy, with a far superior design, and in-movie toy already on the market, with the same name even! 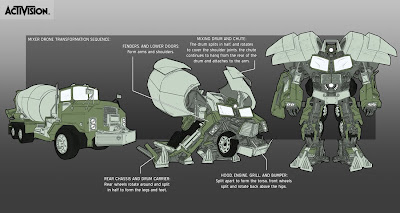 And here's your basic transformation sequence.
Posted by Ken Christiansen at 8:39 AM