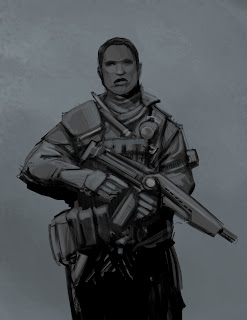 And here's the team leader.  This is a hybrid approach, build up from black, but with a little bit of drawing over top to create the forms. 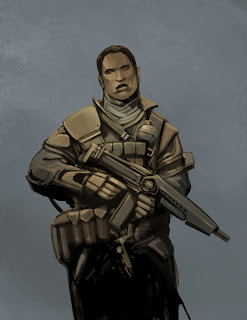 I got the values where I wanted, and dropped some color over top to start the final rendering process. 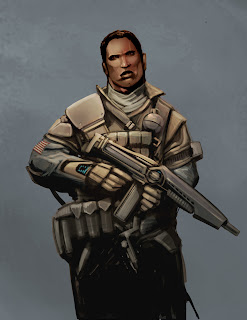 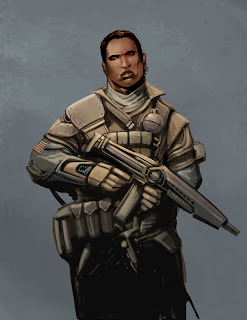 Some color adjusting and added details overall, before time was up.  This was not as successful as the Big Man, in my opinion - the process for me still needs to start with a drawing.  I seem to really need a strong foundation, and it depends directly on how well the piece comes out.

As far as the design, I like the elements, although they read a little jumbled.  As a character, I think he looks pretty good as a leader design, he's got cool gear, but a lot of fabrics show through, giving the character a subtle vulnerability, and a bit of an affectation with the neck scarf.

OK, one more quick render - a bad guy to go out and play guns with...
Posted by Ken Christiansen at 9:15 AM