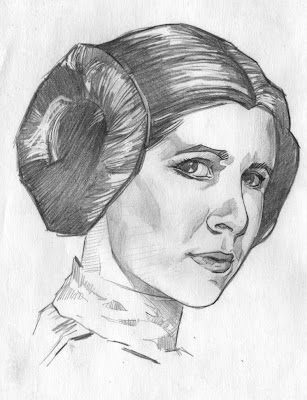 I think this one was doomed from the beginning. This is the second attempt at a sketch, the first one I just quit on, and while this one turned out okay, the likeness just isn't very strong. 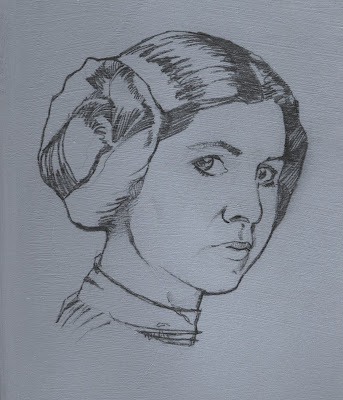 Now...keep in mind that all four of these images were painted on the same piece of paper. Third try at drawing this image, and again it turned out different than the first two...again! Somehow I lost the jawline, and just kept going...? 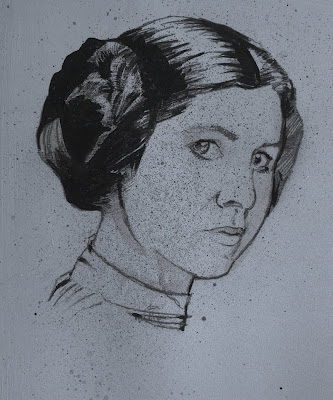 So I set it up for color, but it still it wasn't looking right. I thought maybe I could spray some thin black paint to help with the shadows before I hit it with some color... 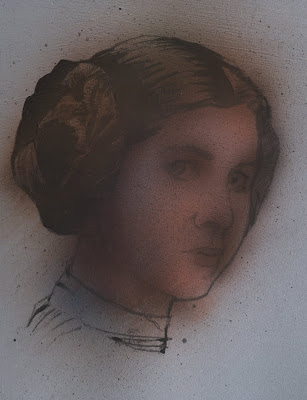 ...and that was the WRONG thing to do. Making a black fill, letting it dry, then painting a color on top (for example, her hair) layers the color on top of the black - spraying black and then a color BLENDS the two - not the reaction I wanted. You're supposed to build colors to get the darkness, not just shoot some black in there.

Photoshop painting tricks don't ALL translate, by the way. 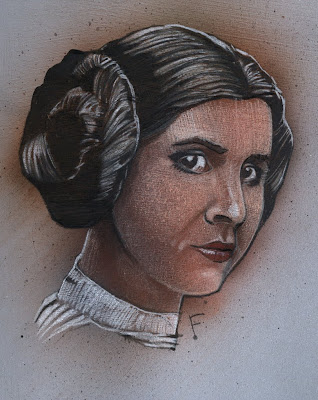 It was so muddy dark, by the time I got to the pencils, there wasn't much I could do. Trying to bring out the highlights took so much rendering that it got so waxy and muddy on the surface, I had to stop. I suppose I could have went back and re-sprayed the flesh tones and try to work the pencils again, like I did with the He-Man with limited success, but I had 3 other portraits that came out pretty well, doing it the RIGHT way. Princess Leia grade - F. 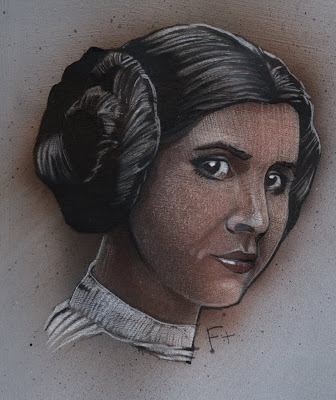 So I just fooled around with it a little more, and it got no better. She looks like a zombie.

Final grade, F+; which to me is worse, like getting an F punctuated with a shot to the arm. F...PLUS! PUNCH! 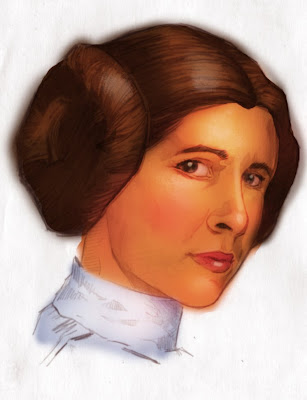 Annoyed at my failure with this one, I brought the sketch into photoshop, and colored it in literally 4 minutes. Then I saved it off to fool around with it later, and accidentally saved it as a jpeg, so that's it.

F for backup procedures too, I guess.
Posted by Ken Christiansen at 7:24 AM