But wait, there's more! After I finished up with the console game, Activision came back to me and asked for an illustration of Dead End for the Sony PSP game. They had been using all the marketing shots of the movie characters for Character Select, but they got to use Dead End as a character in the game. Since it was only a toy, they needed a movie style image of him to go with all the other characters. 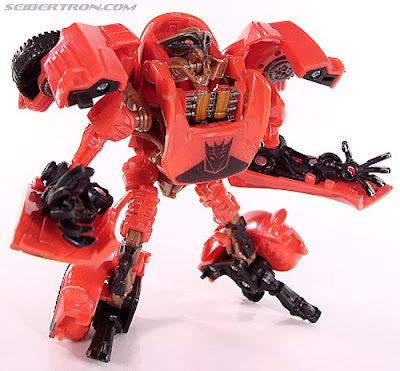 This is a better picture than what I was given to work with! I post it here for reference to the character (Thanks Seibertron!) but much like the photos of the Soundwave toy I was given, they were very low res, with the fine detail not shown. So again, now that the toy is out, I see all the stuff I missed adding in to the final shot.

They needed an action pose to place in the Character Select, so I got to work with a bunch of sketches, and you can see #3 was the one I was pushing for, because... 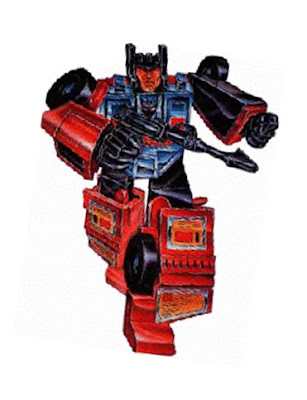 ...I thought it would be fun to recreate the original Dead End's pose from the original packaging illustration. Yes, I know I'm a G1 Extremist. 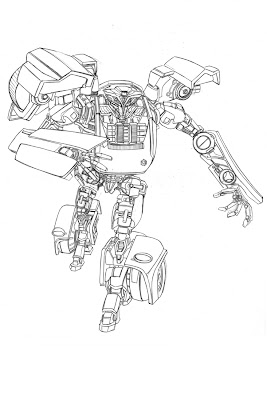 And so that got approved, and I went ahead with this final drawing.
Posted by Ken Christiansen at 9:04 AM

Hi, it's a very great blog.
I could tell how much efforts you've taken on it.
Keep doing!

very cool! just out of curiosity, will theybe more of deadend or just the illustraton?

Looks very beastlike. Dead End is a Vampire Transformer, this is quite cool.
Can imagine him as a cruel D-Con which tears an Autobot to eat his Spark and then he drains him completly dry.

Will you also do an View from All sides like on you other Characters ??