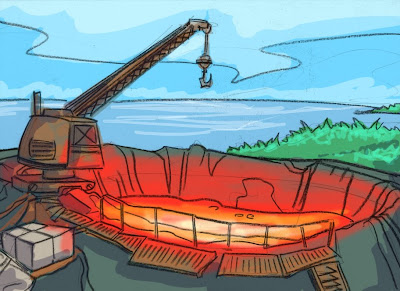 I think this is the first set of levels I started with. I have no memory at all of any kind of story for this one, maybe something about starting on the beach, and then the climax happens at the top of the volcano? 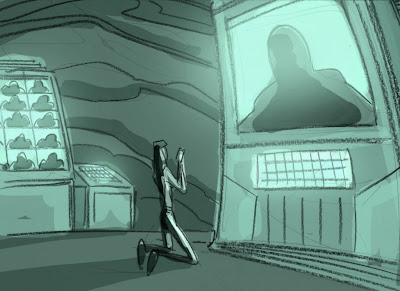 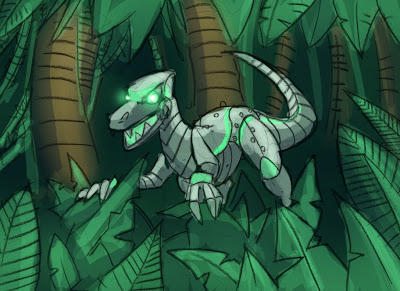 Now this was cool, a robot Raptor sentry, I believe was cut before my week was over - too cool? 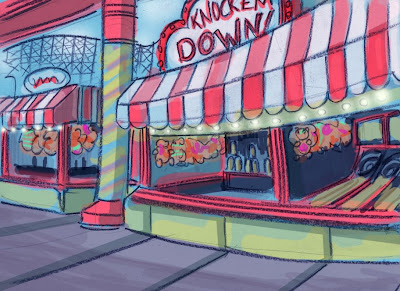 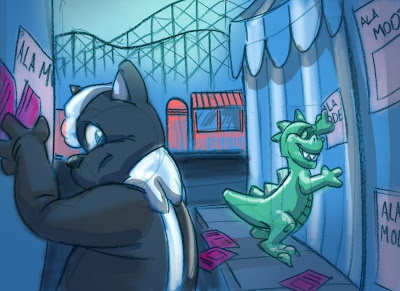 The bad kids suit up to cause trouble for poor Hannah.

I guess my drawing got a little better as the week went on, but it went so fast I never got time to actually create characters and pose them before starting on the finals, the whole thing was so slapdash, the worst thing is to concept characters while doing boards whose intentions are to create the final look of the game! This is what happens when you try to do the front end stuff on the cheap...I'm looking at you, CFO's!
Posted by Ken Christiansen at 8:54 AM