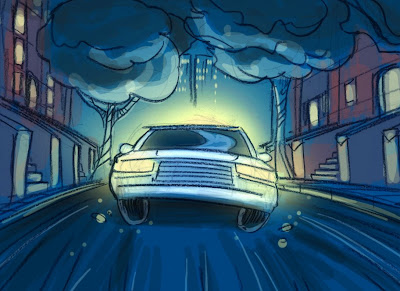 I warned you. Hannah Montana Begins. This is the very first set of work I did for HM, originally it was one week, and I had to bust out 60-70 of these color boards. Some levels were already done, really beautiful work, but for my contribution, quantity was the goal. 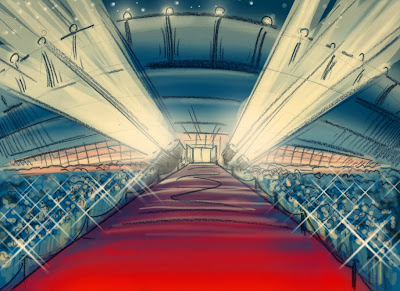 This is get HM to the stadium level...I don't think I'll even take the time to explain what kind of game it was, taking pictures basically, but it changed at least three times in the 5 or so months I was associated with it. 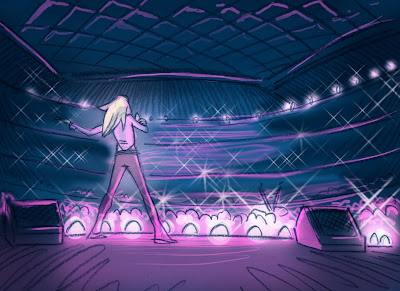 YAY! She got there to sing her...songs? 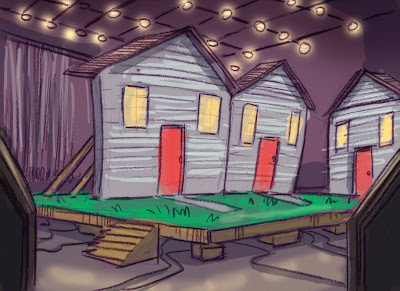 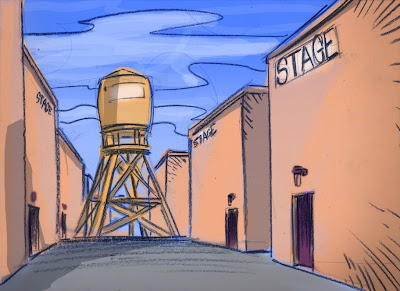 This is based on the Disney Studios back lot, I figured it would be appropriate. 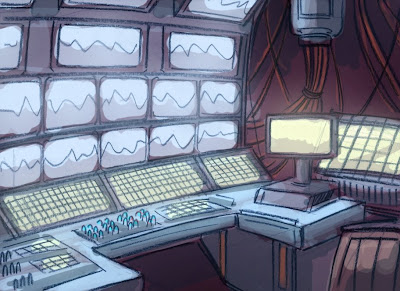 Backstage Control Room. I have no idea what the game play would have been.
Posted by Ken Christiansen at 8:05 AM