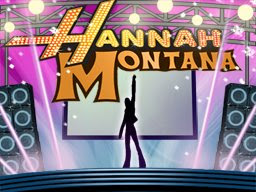 So the horror ends, fans. These are pre and post level bumpers to add a little more content to the game. And they kinda suck. Some were pretty good, some were ok, and some were bad. 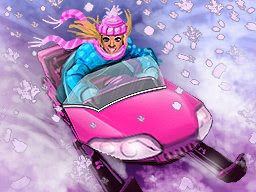 For whatever reasons, when I was asked to do these, it took about two months to get the scripts and thumbnails approved, and by that time I was DEEP into TF2, and I was reduced to about 2 hours a night to get these (I think around 40 images) done. 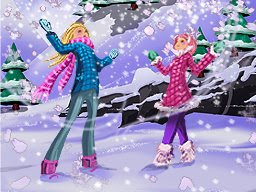 By the time I could get started, I just had to limit the time spent on each one just to have them all completed by the end date. 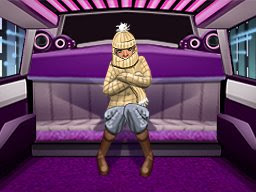 I held back a Saturday to do revisions, and that was about it. Fast and furious, but there just wasn't enough time to make really nice pieces. 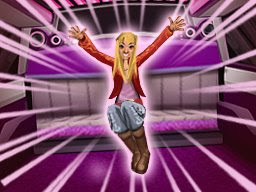 Along with the time constraints, I had to match what the levels and characters looked like in-game...which was NOT pretty even at this point. Her face is fugly, but I had to use the game models' face, and mimic game geometry. 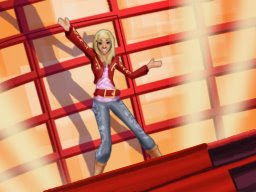 So all those factored into a very piecemealed look to my contributions, I wasn't controlling the direction, and after so many changes over the course of six months it was all over the place. Now apply just my contributions to the entire production, and I guess you can see why it never got released. 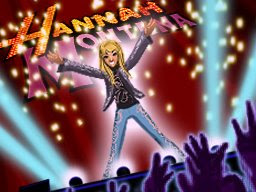 Not that I was unhappy to work on a Hannah Montana property, I had just come off TF1, and was really into doing some lighter fare, and using pinks and purples. I really liked the developers I worked with, they were really cool guys, and I know just as frusterated with lack of strong leadership and direction from the Diz.

So that's it for Hannah, I'll resume death and destruction artwork post-haste!
Posted by Ken Christiansen at 8:07 AM