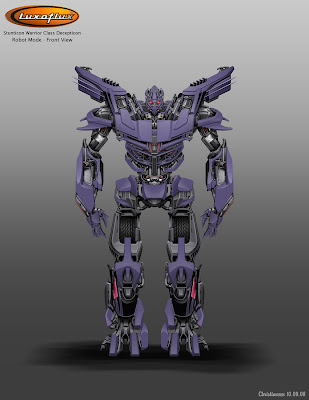 Purple People Eater. It's hard to pull off being a bad guy with a purple paint job, but with glow-y red eyes, half the battle is won already. While I accept the blue in car mode, it might not work as well when he's standing up. Just a bit too garish... 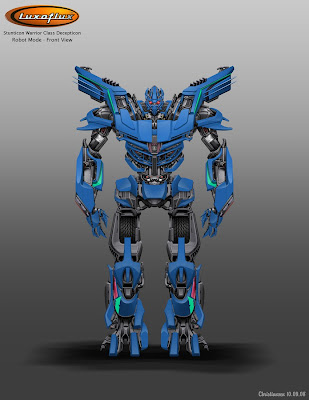 I do like the solution to the transformation, while I still kept grill cues along the chest, the fenders slid through the shoulders to for the 'wings', and the parts of the hood that housed the headlights flipped out the create the forearms. I'm sure it's been done before, but it's a new one for me. 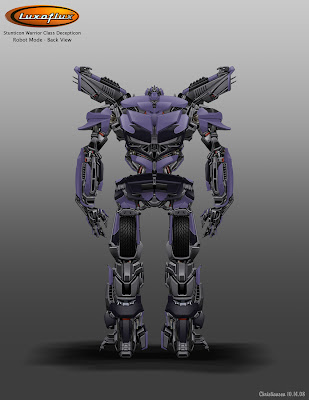 Another stacked roof to hide the glass, and another tailgate bottom. 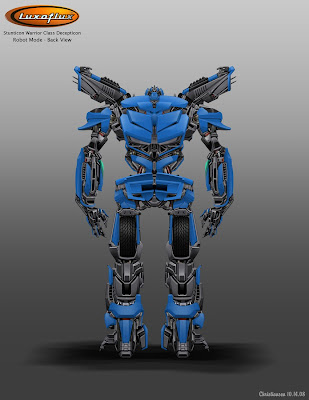 I put all four wheels into the legs, I used up a lot of mass for the upper body, so it was a good way to fill out the legs and give them some weight. 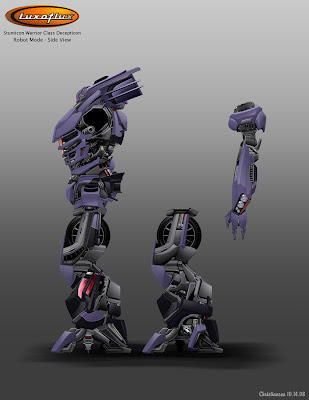 Pretty good profile too. One of the frustrating things about doing these turnaround views, is that it's so hard to indicate any kind of character - no attitude or style. I need to stand them up as straight as possible to give the builders the best look at all the elements. 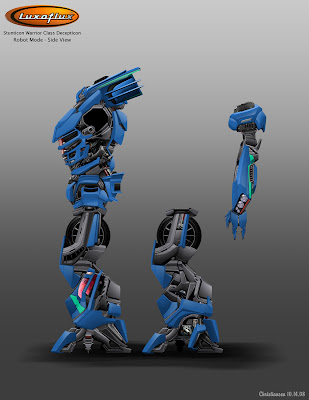 The side views are about the only opportunity to indicate any kind of personality, and sometimes it's successful, and sometimes not. While I like the technical aspects of this view, I don't think it indicates any kind character development - he kind of just 'IS.'

This is probably my least favorite of my guys from this last game, and it's not that I'm not proud of the work I put into it, but unlike all the others, I can't just SEE the character alive in my head, like I somehow can with the others.
Posted by Ken Christiansen at 7:58 AM