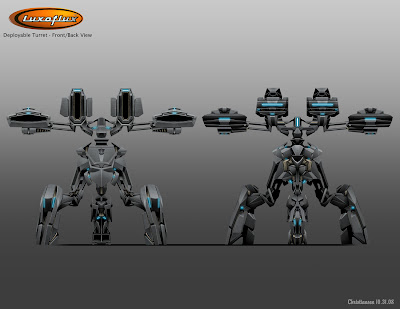 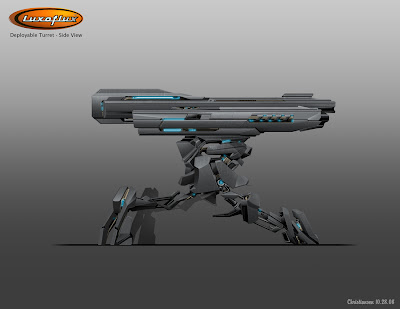 I was going for a movie-verse tech, and it needed to be fairly spindly, with lots of negative space to give the impression that the alt mode would be very compact, and could hide in a bot - in the case of the game, Grindor and Ironhide, I believe. Of course, in the heat of the action of the game, sometimes you can't even tell if it's deployed, or know where it is, until all you enemies are taken out, and it's still standing! Above are the Autobot versions... 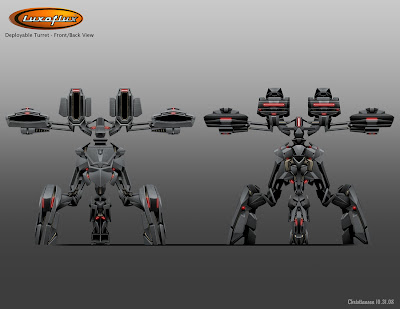 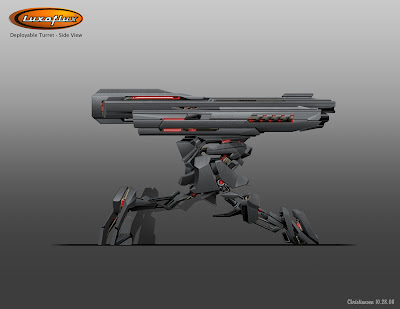 ...and the red themed Decepticon versions, each with the faction symbol on the front. 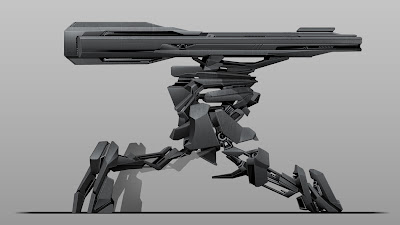 For modeling purposes, and to help out the guys at Luxo, the secondary barrels are kept in a separate layer, so they can see the side view 'body' more clearly.

And after the fact, they had me go back and do some variations, just in case the opportunity came up for them to do a version unique to each faction.

So that's about it for my characters that came out with the primary release, tomorrow I'll start posting the 4 DLC characters I contributed to, for the Downloadable Content for the XBOX and PS3, that comes out TODAY!
Posted by Ken Christiansen at 7:28 AM