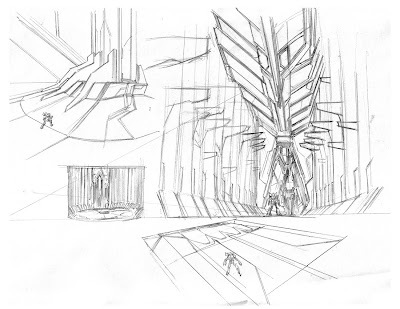 These are meant to be interior level maps, going inside some of the building of Cybertron. Just to start with these sketches, I kept it fairly geometric, with the plan to add more curves and organic touches as I moved on to the next step. 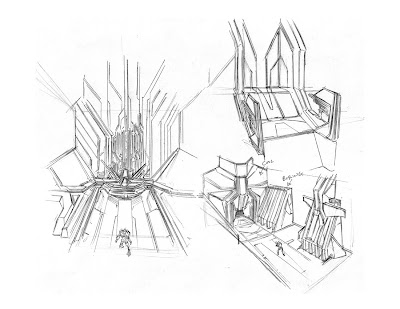 Some kind of central hub? Maybe a power supply to have the player deal with - no design doc was made up for this level yet, so I was just winging it with general gameplay ideas. You can see the bottom right sketch has some of those original structures being developed further. 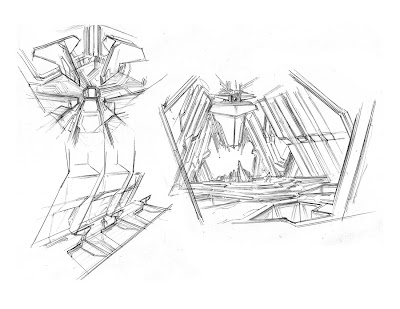 Some more large area structure; I was trying to play with opposing angles, to create some more dynamic shapes. 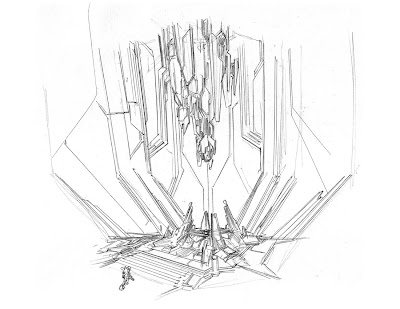 Another central hub idea...just larger and more aggressive. The idea was to have an energy source linking the floor structure to the overhang. 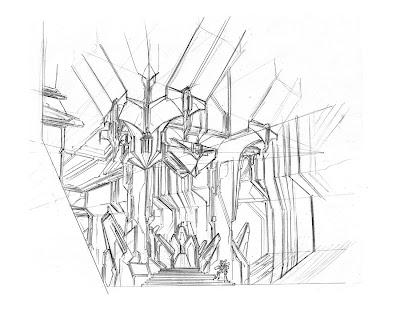 A kind of a gateway, intended to be a mix of metal and transparency, that's why the continuation of the hallway is visible through the structure.
Posted by Ken Christiansen at 7:53 AM