All right. Here he is...probably the my most popular character from the first game, obviously because he's a classic G1 major player. When this was mentioned to me, I freaked OUT! There seemed to be a no-touch on universe characters, in an effort to preserve them for future movies, but apparently in the Traveler's Tales game design (which after 8 months of working on this off and on, I had no idea it existed!) they had Shockwave as a triple changer. Somehow Hasbro let us have it, and I went to work. One mode was an A-10 Warthog, and the other I can't remember, but it may have been a standard Howitzer. 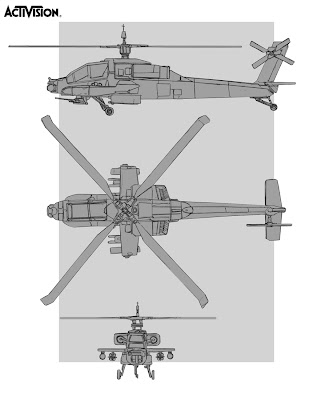 Working on mass and trying to keep the ratios consistent on the other drones, I piped up and said no way a Howitzer can change into a Warthog. So I pitched the Apache helicopter, (because they wanted to retain the flying dynamic) with it's very slender body, it could at least be plausible to change into a Howitzer, with a little help. 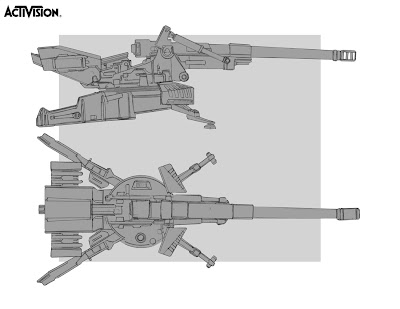 In researching these two weapon systems, the math came out to the Apache having about 32% more mass than the Howitzer. So I took the opportunity to invent a SUPER Howitzer; to beef up the mass, add a few helicopter armament cues, and pull in some G1 Shockwave character cues, namely the diamond shaped chest elements, to create a more well-rounded three way mode. 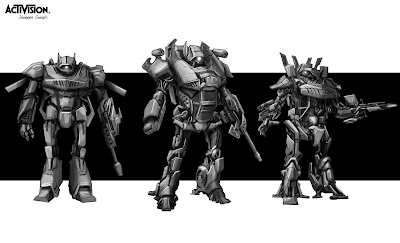 These got sketched out and toned up, Hasbro went with the first one, with comments to go even more with the classic silhouette, which I was happy to do...
Posted by Ken Christiansen at 8:20 AM