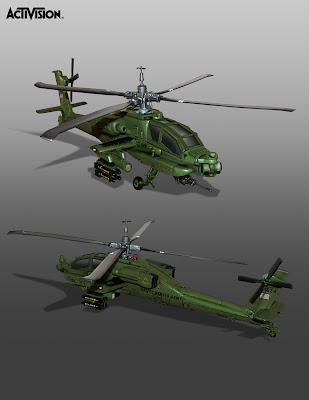 I was having such a hard time finding detailed Apache reference on the internets, I just gave up and went to a hobby store and bought a die-cast scale model. So this is basically a photo I took painted over quickly, with a few body changes, and additional graphics. I went with one that had missiles, rocket launchers, and a nose gun, to help punch up the transition to the Super Howitzer. 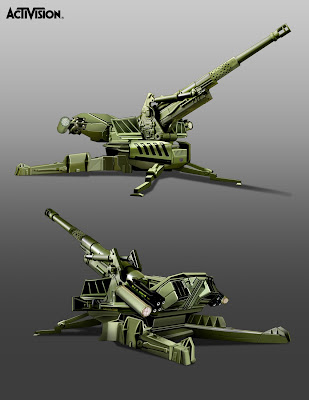 This also was a toy I went out and found, to set up the structure of the system, but then I did significant paint over and added a lot of elements to get the +1/3 mass I needed to pull of the triple changer. It's a mix of photography, freehand, and a bit of 3D modeling on those front struts.

Maybe I wouldn't have pushed for these modes so hard, if I had known what a pain in the ass finding reference would be...;)
Posted by Ken Christiansen at 7:58 AM