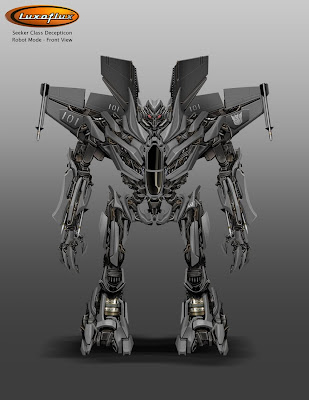 Seeker incomplete. This is as far as I got, uncolored and untextured like the jet modes. After a year I guess I'm still a little bummed I didn't get to design the color patterns, I was really looking forward to doing a quasi-tribute to the original 3 Seekers. But as far as the artwork goes, I'm pretty proud of him, there are some features I really like. The missiles embedded into the forearms, and especially the relationship between the 'armor' of the vehicle parts, over the more Cyber-mech of the underbody. 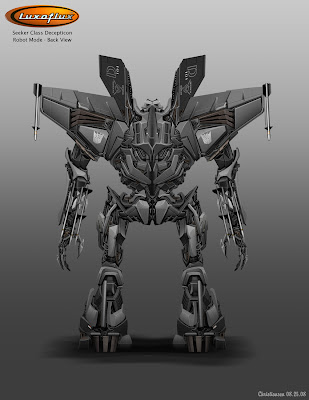 Even though it's not almost a movie version of the G1 Seeker like originally intended, I did try to put in as much of the vehicle placement as I could, as I mentioned before about the transformation, stuff like engine heels, wings, canopy in the middle of the chest. So in the end I think it sits somewhere between G1, and the Movie Starscream. 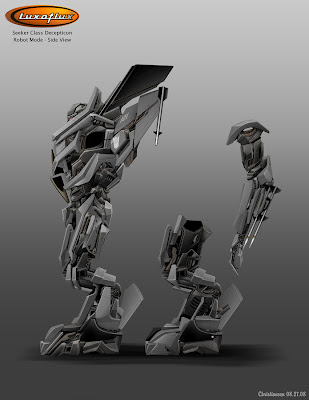 Something I couldn't quite reconcile was the heaviness of the feet; they are intended to be constructed around a fair amount of negative space, but the straight on views needed for production kind of hid that. So when I turned in this final view, I stressed that point, just in case.
Posted by Ken Christiansen at 9:02 AM