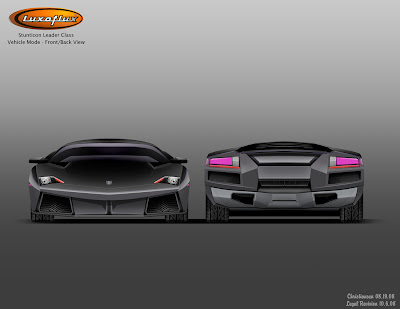 Here's the vehicle mode for this guy - lots of legal revisions went into this. These cars are so unique, that a simple swap of round lights to square lights doesn't cut it. A lot of little changes to the tail lights and intakes, spoilers and the basic lines of the car finally got it to a point where it was safe to put into production. 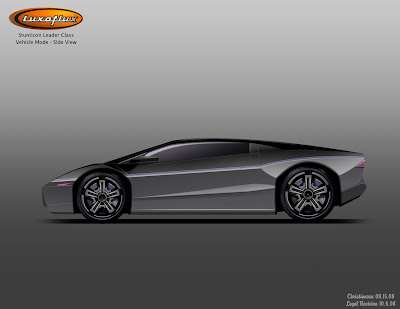 This is the primary paint, what I called a Sharkskin application, using black and purple to Evil Decepticon-ify him. 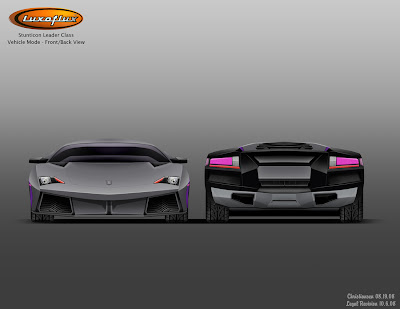 Same car, just a different paint app but using the same colors, just in a different arrangement. I originally had the color as red, but Luxo wanted to keep it purple, and honestly, if there is a difference in the paint schemes in the game, I haven't been able to tell yet. 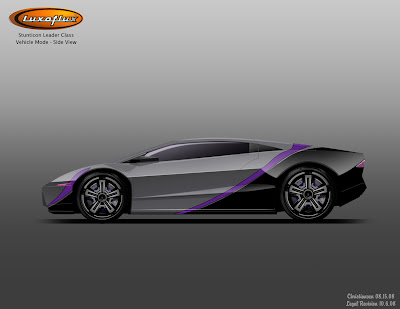 This side view shows off the scheme better, and I try to keep in mind where those parts go in bot form, so I try to design the paints to look good on the bot, too. 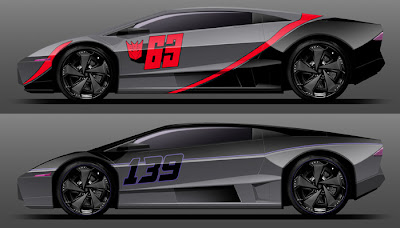 Originally all the reference pix that Luxo sent for the super car idea were racecars, so I initially thought that they wanted a number scheme or something like that, but I was mistaken, and simply dropped off the numbers.

You can also see the original red, and some original vehicle cues that got lost in the legal revisions. I was sad to lose those wheels...

And of course...the transformation sequence.
Posted by Ken Christiansen at 9:03 AM

I would buy this as a toy, for certain.

Do you know which of your game characters are getting action-figurified yet?