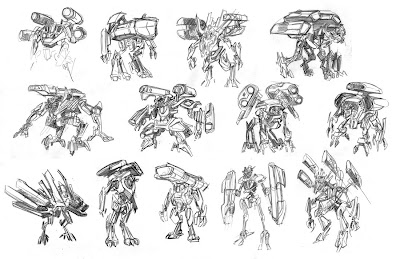 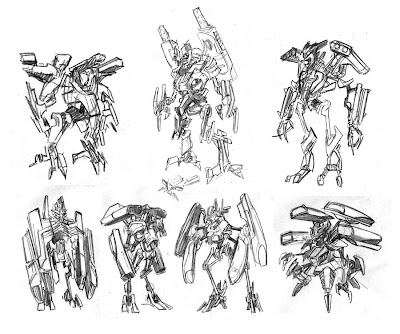 So I went to town, and sketched up a bunch of little guys, and when I turned them in, they said 'no...turrets. Not robots.' Miscommunication! They said a pop out turret, like Frenzy, and I guess all I read was Frenzy, not Turret. Granted, all these little guys are basically big gun holders, but that wasn't what was needed. My bad, but there's a few jewels in the Frenzy-like Turrets, maybe someday for some of them? 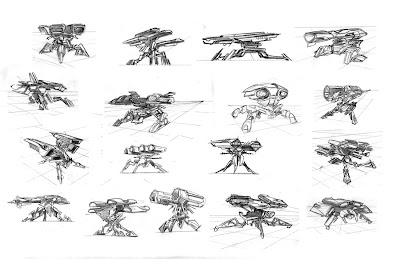 So I went back to the drawing board, and sketched out a bunch of deployable turret.

Like I was asked to do in the first place.
Posted by Ken Christiansen at 8:30 AM

Very nice concept. Too bad they don't appears in the game :/