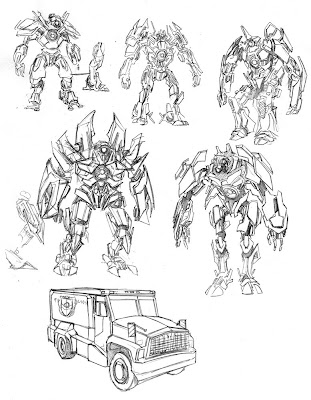 Almost forgot one! While the Mixer was indeed the last drone done, this was done before...the Armored Truck drone. Meant to be another bruiser-type, he's got the big arms and hulking shoulders. 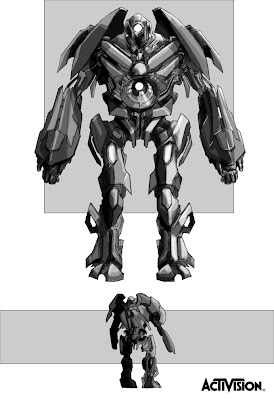 This submission was sent to Hasbro, with it being understood that this was a shape exploration, we hadn't really found an existing armored car to mimic, and I was coming up with one on my own, based on a variety of regular and custom trucks on the market. 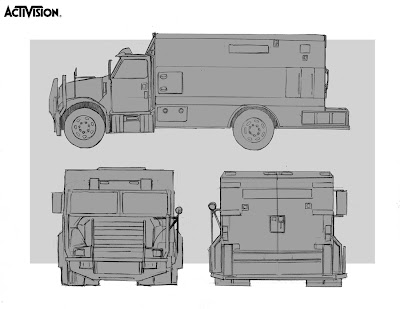 After I got these drawings down, I had a better idea of the transformation break-ups, and what elements I was going to add to the truck -read 'diamondplate.' Lots of diamond plate. I can't remember which came first, the armored or the tow truck, but I made up the diamond plate textures for these, that I still use to this day. 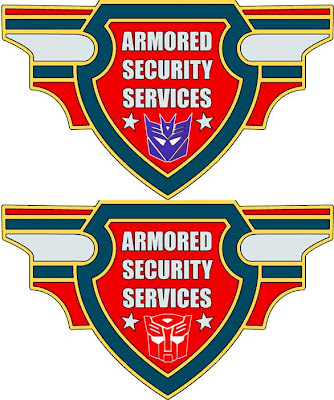 Also needed was a graphic, so I came up with this, originally there where three stars, feedback from Hasbro rightfully suggested to add faction symbols into the logo. I read somewhere it was thought that the text was an acronym for ASS, but sorry, that was purely unintentional!
Posted by Ken Christiansen at 9:09 AM